This tutorial should teach you how to make patterns (also called Letter-, alphabet- or cross-stitch patterns). These videos below shows you how to do it while the rest of the tutorial tries to explain it.

The Letter and Background colors

In this tutorial, we limit ourselves to two colors. We call them letter color (the color of the letters), and background color (color of the rest of the bracelet).

The knots used are the normal FORWARD knots and the BACKWARD knots. They are slightly inclined in the alpha bracelets compared to the normal fk's and bk's though. If you want to put arrows on them (like in normal patterns), the arrows would be in the horizontal and vertical direction. We will therefore denote these knots left-, right- and downward knots

If you want to make a knot in the background color, you should make one of these left- or right-knots.

How to make a right-knot

How to make a left-knot

Another way to see it...

One way to see it is as you have 2 strings and want to make a forward or backward knot. The only difference from the ordinary fk's and bk's is that the bracelet is tilted 45 degrees.

How to make a right downward knot

Imagine you just made the black knot to the left, and that you are going to make a downward knot to the right of it.

How to make a left downward knot

Imagine you just made the black knot to the right, and that you are going to make a downward knot to the left of it. 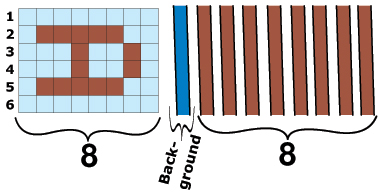 For this pattern, you will need 8 strings in the letter color, and one in the background color. 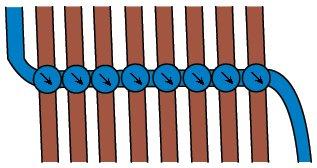 Start with the blue string to the left and make eight right-knots on top of each letter string. This will be the first row of the pattern in the letter A (see step 1). 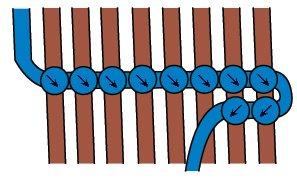 Use the same string but change direction and make two left-knots. When you get to the third knot (counting from the right), the A pattern tells us it shall be a brown knot there instead of blue. Just take the brown thread in question and make a left downward knot "on top of" the blue one. You can also see it as making a forward knot just that you have tilted the pattern 45 degrees. 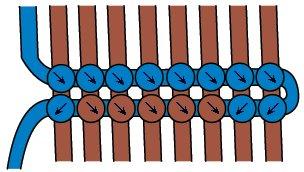 In this way you can choose color of the next knots. Follow the pattern in step 1 until row 2 is finished. 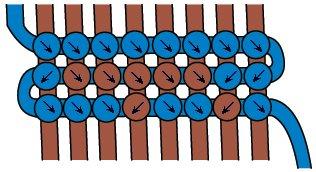 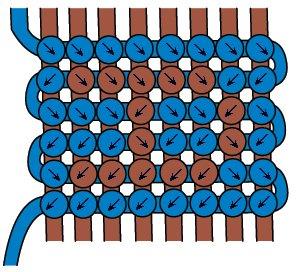 When you've finished the first letter, you can continue with the next. You find suggestions for letters below.

Use the alphabet letters above and combine them into a full bracelet saying your name. It can be a good idea to draw your pattern on a square grid paper first. Here is a tutorial with grid papers: Grid papers


Example on how to make own letters: A cursive L 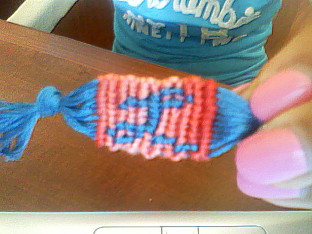 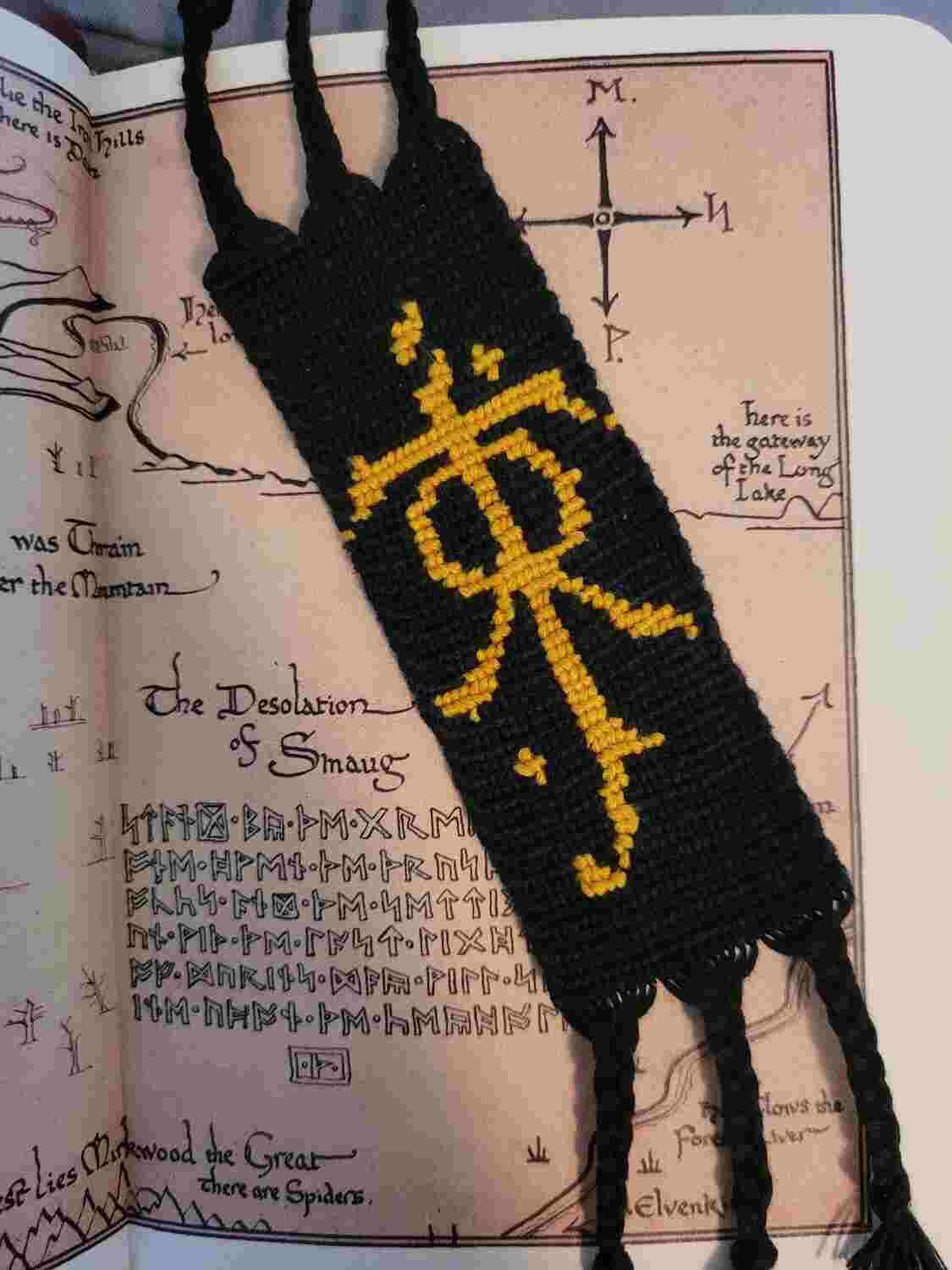 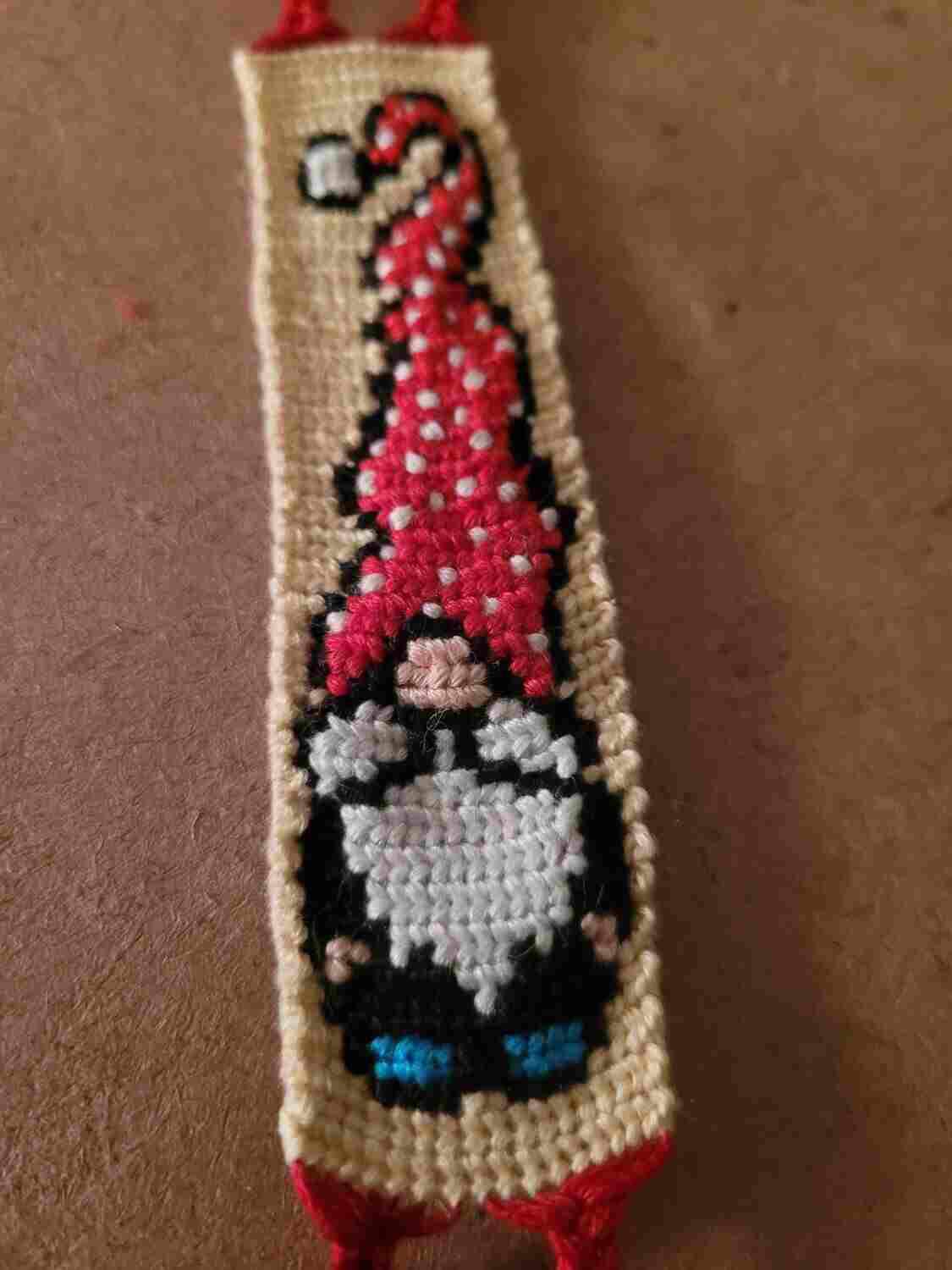 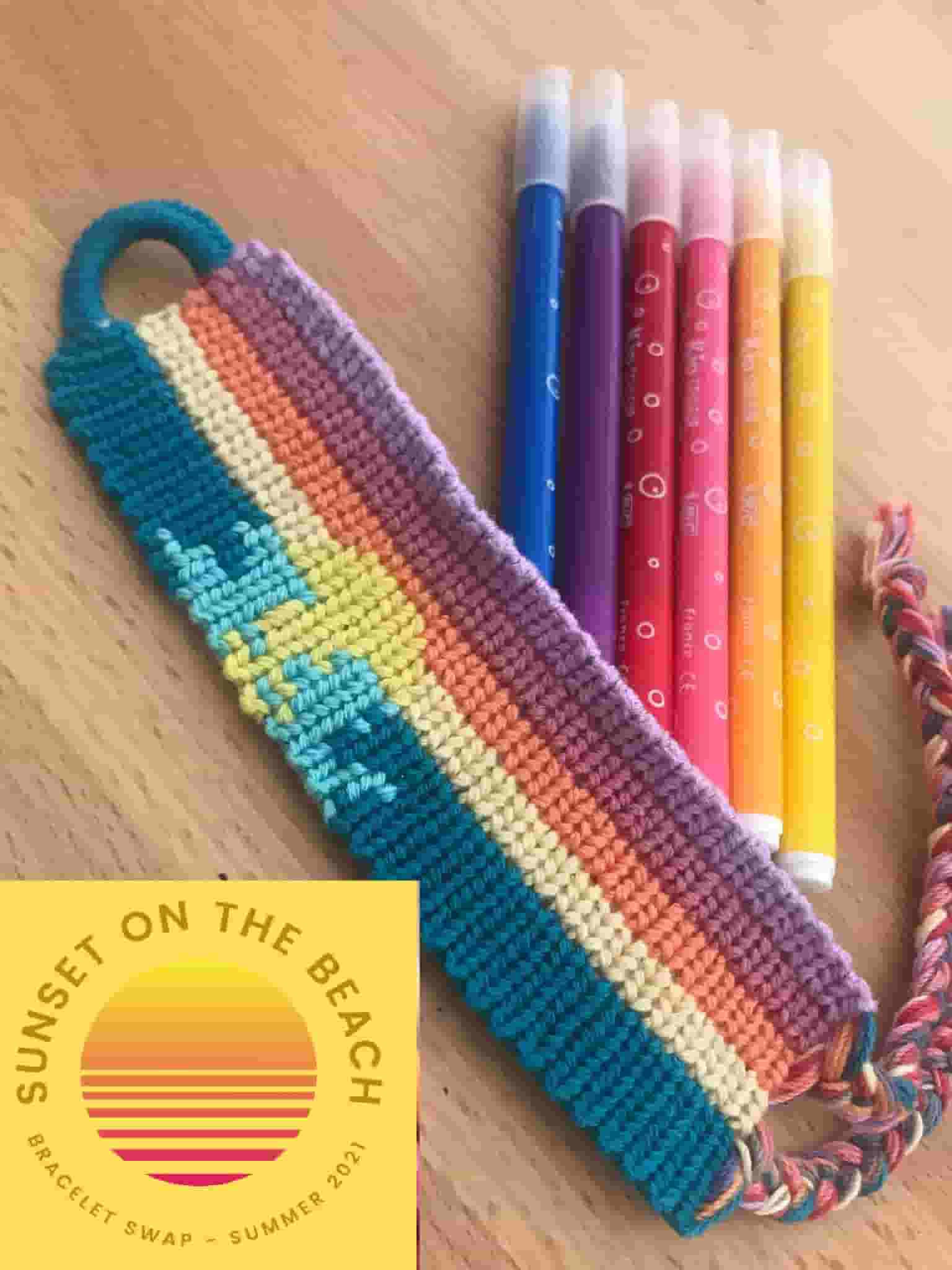