In this tutorial you can learn how to make the Ankara-bracelet from http://www.freundschaftsbaender.at supplemented by beads in the middle.


First of all, follow this path and check out the explanations from the website: http://www.freundschaftsbaender.at --> Muster --> Standardmuster 1-130 --> page 9 --> Ankara bracelet --> Knopfanleitung


In this case, to change the framing colours, you'll need 12 threads in 6 colours (2 of each colour ). The colours used in the tutorial are: blue, red, orange, light orange, yellow and light yellow 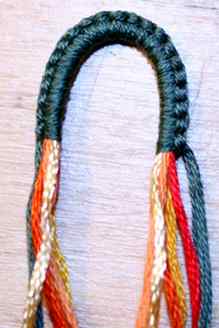 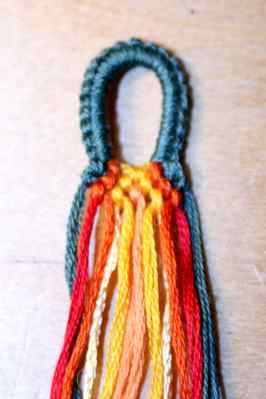 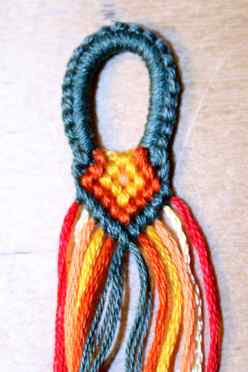 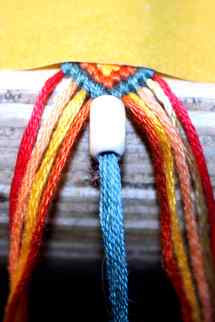 
Take the orange and the yellow string and make 6 or 7 orange forward/backward-knots (the number of knots depends on the dimension of the bead).

Then you leave out the light orange string and make 7 or 8 red backward/forward-knots with the red and light yellow threads: 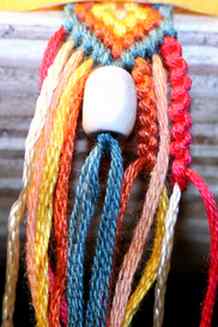 Make it on both sides: 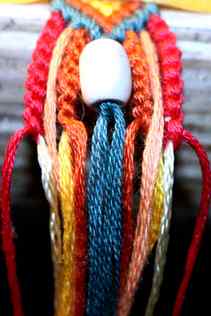 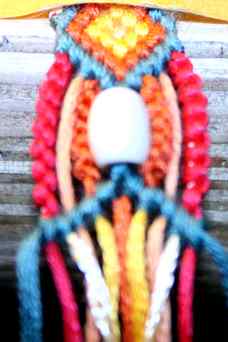 
Take the two orange threads from the middle and make 4 backward-knots + 1 bfk on the left side and 3 forward knots + 1 fbk on the right side.

Make a fk with the light orange threads.

Then repeat STEP 5, but change the colours (6 or 7 yellow bfk instead of orange and 7 or 8 light yellow fbk instead of red): 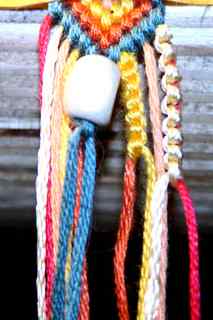 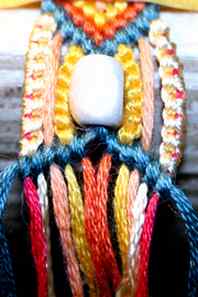 Repeat the process several times, and there you are: 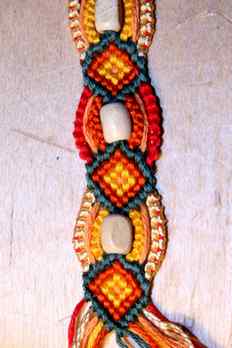 3. Make a Forward Knot with the two middle strings to connect the two halves. You can now add a bead if you want. 5. Repeat from 1 till you reach the desired length.

6. You can add beads onto the loose strings if you like, or knot some of them together.
The backside of the bracelet is the side that was up when you made the knots.
In photo 6 you can see the good side up. Good luck, I hope this was helpful! 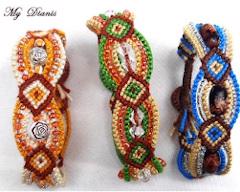 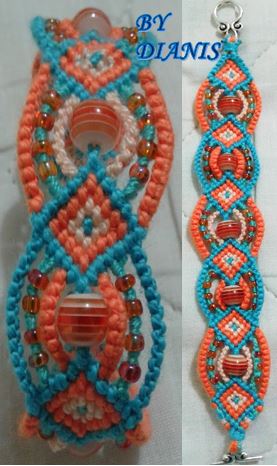