This tutorial should teach how to make a square grid bookmark with a border around it. It is ended with fringes.

You'll need string in three colors; here I've used yarn in black, yellow and red. You'll need 3 yellow, 6 red and 1 black. They should be at least 120cm of length and folded on the middle so they are 60 cm when you start tying.

Start to put the strings together with black lark heads, as the picture below show. Observe that you do this using the middle of every thread. Also observe the order of colors.

If the lark heads turn out red or yellow instead of black, try to straighten the red/yellow strings out (imagine you are making the lark head knots on top of a straight stick, not on a red string). Then the lark head knot will invert and it will become black again.

Make two square knots in the middle of the red thread groups.

Make double half-hitches of the yellow pairs of threads. No difference in which direction.

Make some reversed half-hitches with the outer black threads on both sides.

Continue with the yellow ones until they meet again. Make square knots of the red thread groups as before. Then make reversed half-hitches with the black threads again.

Finish the book mark by making a row of black half-hitches, moving towars the middle with the outer black threads. Stop when they meet.

The original author of this tutorial is Stefan but it was also edited by k_marie, Snow99 and Ukiedancer. 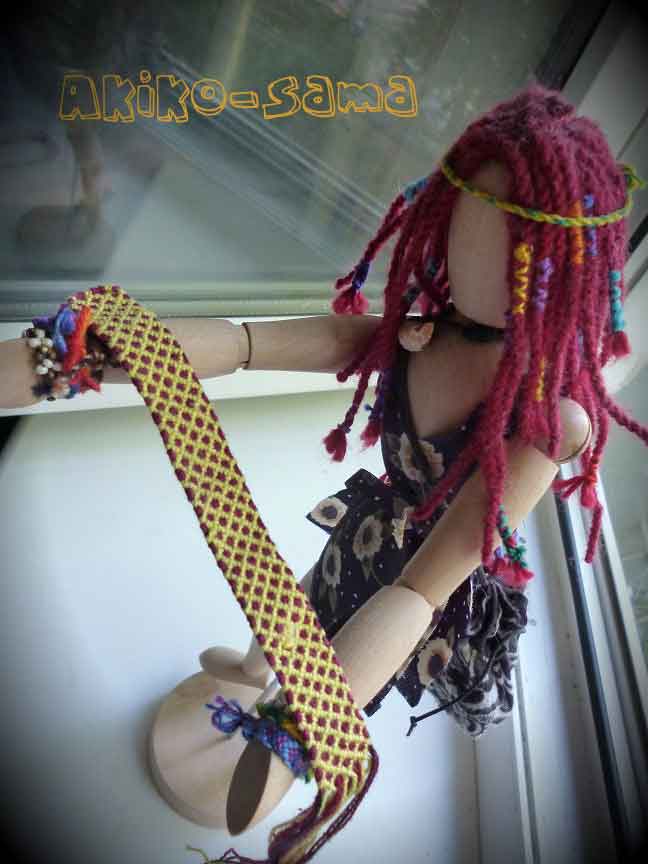 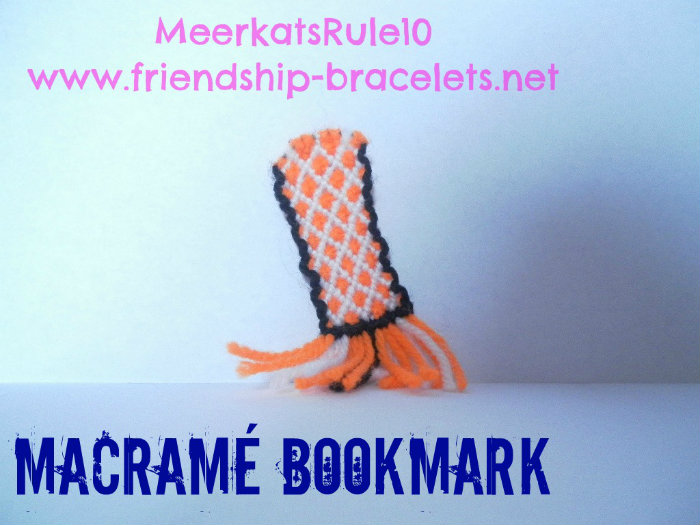