This is the bracelet I like to call Double Diamonds. It's basically the simple diamond bracelet with two layers. I didn't invent this pattern but there isn't a tutorial for it on this site so I decided to make one. 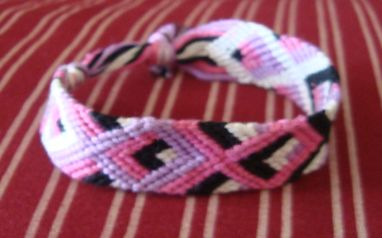 You need 16 strings. I cut mine about a meter and 30 inches long. I then fold it in half. It sounds like a lot but I just want to make sure that I don't run out of string. You also need four colors.
Example:white, blue, black, and red (ABCD).
Set Up: AABBCCDDDDCCBBAA.
Basically the order of a chevron. ( I have already done one pattern so that my strings are in order)

Do a chevron with your A's (white for me) 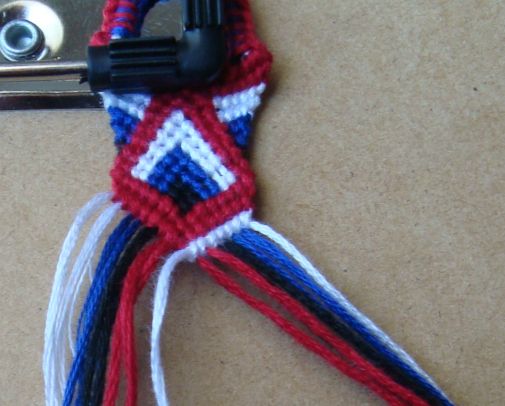 Do a second chevron with your next A's 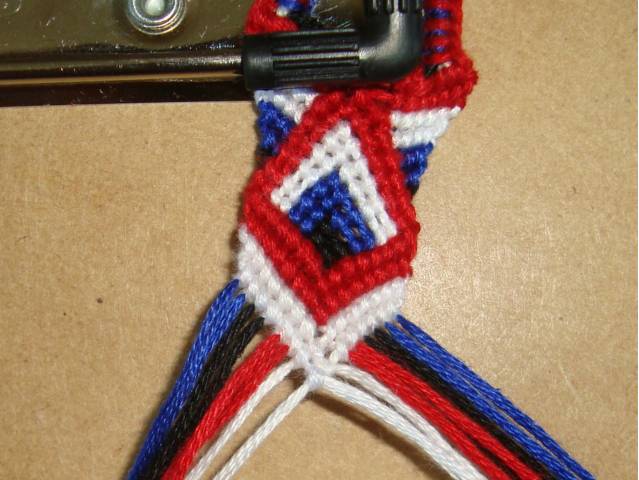 Take your first string on your right (String B) and do backward knots on all of the strings on that side. Now put that string a side ( you won't be using it for now) 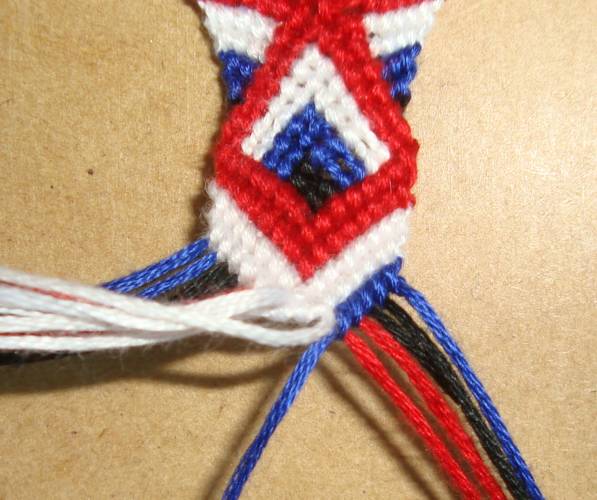 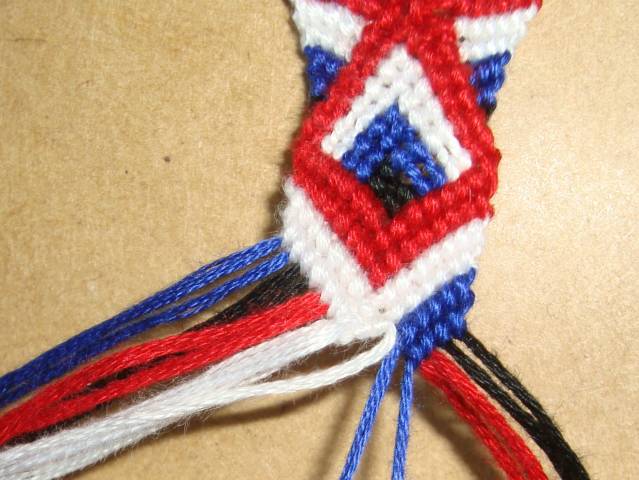 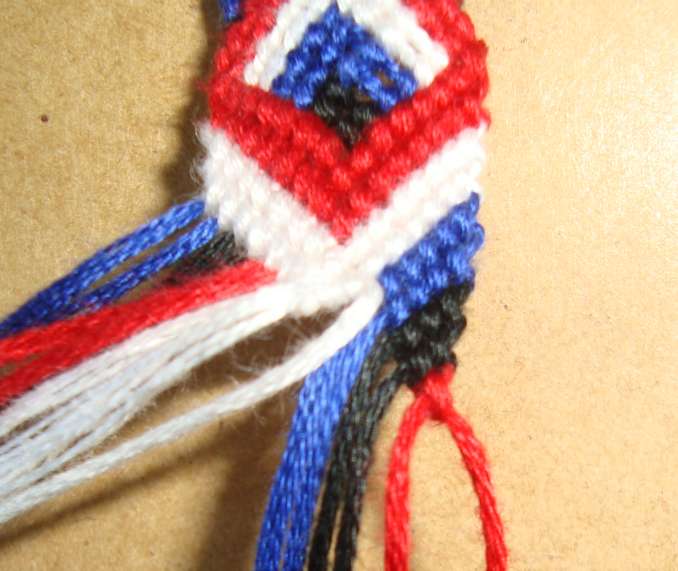 Do the same on the left side but with forward knots 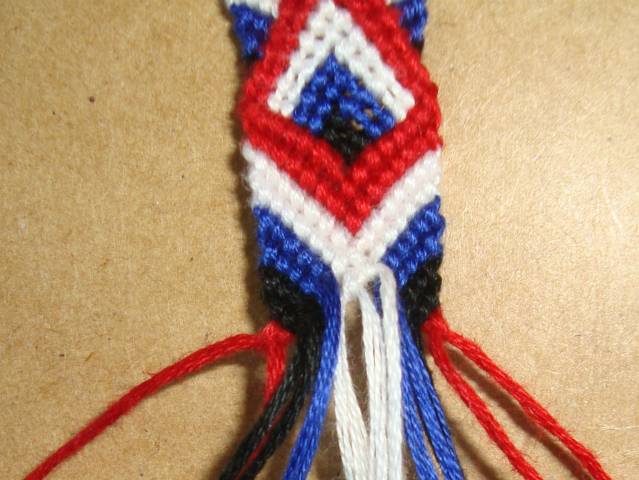 Do an inverted chevron with your A strings closest to the outside of the bracelet.

Do another chevron with the next A strings 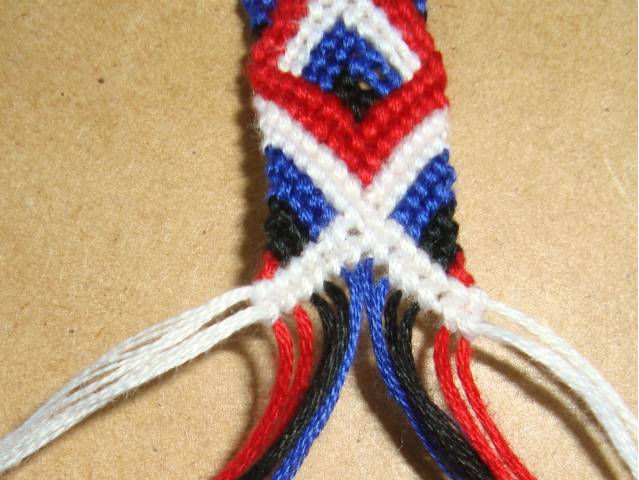 Do another inverted chevron with your B string. Don't knot over your A strings. Put it a side ( you won't be using it right now)

Do yet another inverted chevron with your second B string and don't knot over your A strings and your first B string. Put it a side ( you won't be using it right now) 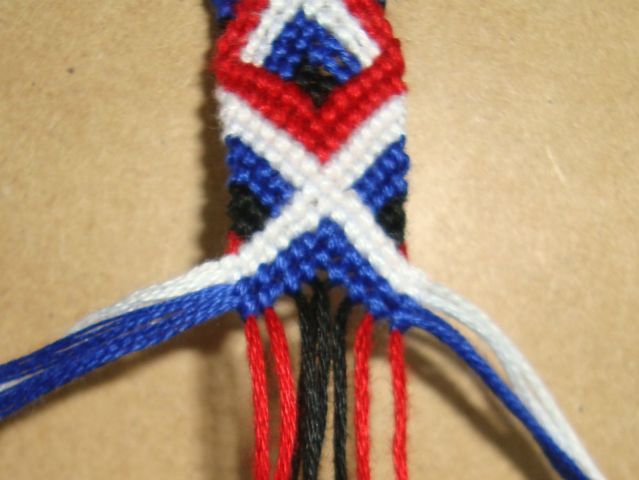 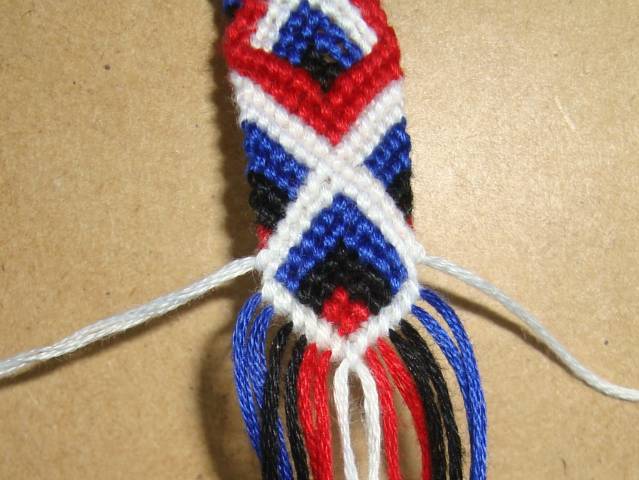 Do another chevron to finish off the pattern 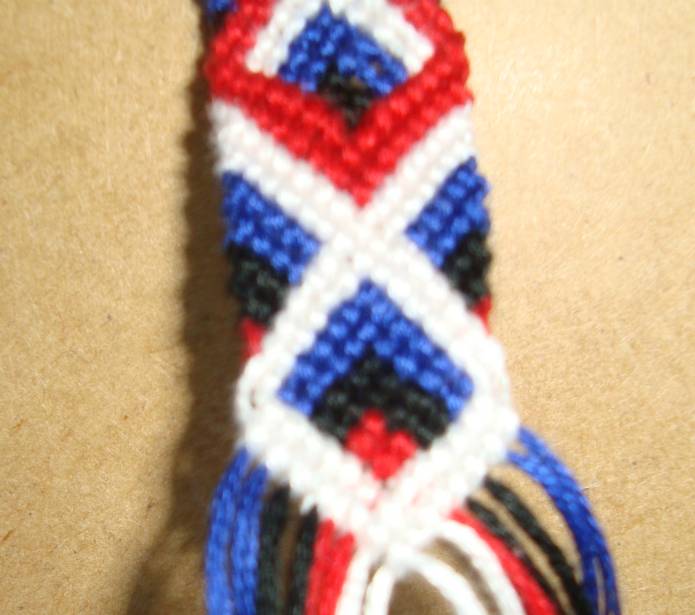 You're done! You can repeat the pattern and switch the color of the diamonds or you can do the same color the whole time ( if you do this than you have to use more string for the color of your diamonds)

The original author of this tutorial is hanhelco but it was also edited by .