(( Projects )) How to make a Chinese Knotted (Macramé) Dragonfly!

To make a dragonfly, you need :
-1 long piece (about 1-2 feet long) of "rat-tail" string/cord
-Two beads of your color choice! (preferably as large as pony beads, and not glass beads)

Step 1:
Fold your piece of cord in half, so that the loose ends are at the top and the folded end and the bottom, nearest to you. String the two beads on, but leave several inches of space from the bottom (about 4-5 inches)

Step 4:
Repeat Step 3, but leave a smaller amount of space.

Step 5:
Keep going until you have about 1 or 2cm left of the loop you were tying on. Then, take your scissors, cut off the remaining ends of the strings, and cut the loop so you have two ends sticking out at the bottom.

Now you have your Dragonfly!! Have fun experimenting with the beads and colors!!

The original author of this tutorial is crazyawesome but it was also edited by Huntress and k_marie. 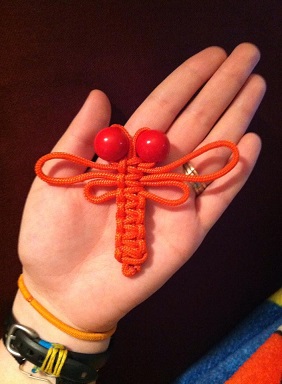 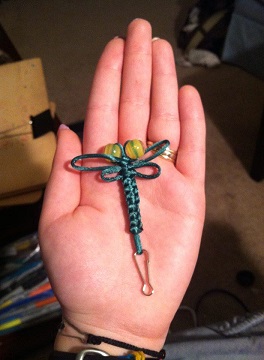 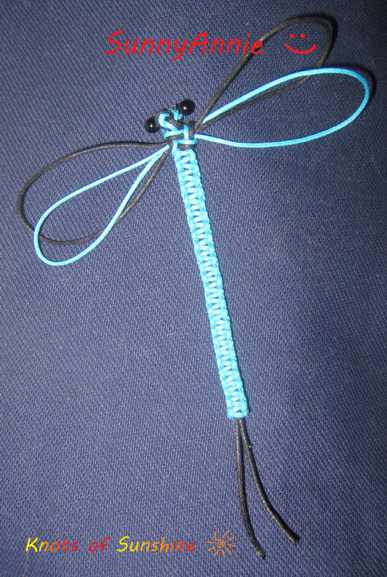